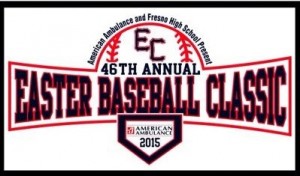 The boys traveled to Fresno on March 29th to play in the 46th annual Fresno Easter Classic. The best teams in California, including some of the highest ranked teams in the nation, routinely play in this tourney. Last year Crater outperformed more than thirty other squads and appeared in the championship game against eventual-champion and perennial powerhouse, Clovis High. This year an inexperienced Crater team hopes to overcome the odds and compete for the championship once again. Here’s the schedule and the outcomes:

Central Point’s D2 schedule has changed. To accommodate players attending the Linfield football camp, the Sutherlin double header scheduled for Sunday June 17th has been moved to Saturday, June 16th and will now be against Glide at Glide High School.  Our Eugene road trip is now set to begin on July 5th with games against Sheldon on the evening of the 5th, Thurston on the morning of the 6th, and Sheldon’s other D2 team on the morning of the 7th. We’re planning on going to a Eugene Emeralds game on the evening of the 6th and to the Splash waterpark on the afternoon of the 7th. More info on the Eugene trip will be available soon.

Crater advanced with a 6-3 win over Canby and will now host 10th ranked South Salem on Wednesday at 4:30.  South Salem is the #1 seed from the Central Valley Conference with an overall record of 20-7.  For an up to date playoff bracket, click here.

Crater hosts a first round playoff game on Monday, May 21st, at Anhorn Field against Canby. Canby finished 4th in the Three Rivers League with an overall record of 10-15. The game starts at 4:30. Because it’s an OSAA playoff gate, paid admission is required ($6 Adults and $4 students). For the complete 6A playoff bracket, click here.

Today’s (March 15th) games with Thurston for both Varsity and JV have been cancelled due to weather. They’ll be rescheduled at a later date. If there’s a break in the rain, the Varsity will host Arcata, California, this Saturday, (March 17th) at 3:00. On Tuesday (March 20th) Grants Pass will be at Anhorn for 4:30 games with both Varsity and JV.

The Freshmen won their first game at Roseburg on Tuesday. Their schedule is currently being rebuilt due to several local high schools being unable to field a freshmen-level team.