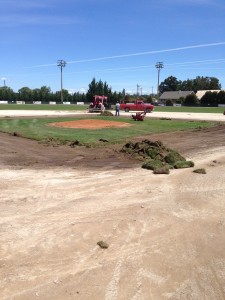 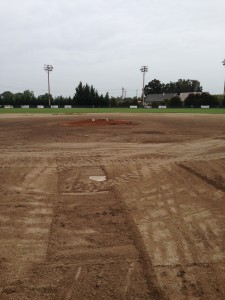 The Varsity baseball infield is currently being resurfaced by long-time D6 groundskeeper Jeff Peabody and his staff. The old infield had been showing serious signs of deterioration after more than twenty years of play. Special thanks to Bullet Rentals for donating some of the heavy equipment. Due to the field work, all American Legion games are being held on the JV field.

Crater Baseball swept the top conference awards and had six first-team selections including Ty Fox (Pitcher of the Year), Taylor Tibbets (Player of the Year) and Coach Campbell (Coach of the Year for the 2014 Southern Oregon Hybrid season. You can see the complete list and read the Mail Tribune article by clicking here. Fox and Tibbets also earned first-team all-state honors. Ty Plankenhorn and Blake Fahndrich were second team All-State and Tyler Applin and Nolan Bastendorf earned Honorable Mention. To see the full list of All-State recipients and read the article from The Oregonian, click here. Congratulations to all the boys on a fantastic season. 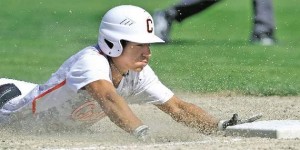 One of the best seasons in Crater Baseball history came to an end last Friday with a 3-8 loss in the State Quarterfinals. Although a state championship eluded them, the 2014 Comets will be remembered as an exceptional team. After narrowly missing out on a state championship berth last year, the boys went out and won the American Legion ‘A’ State Championship, then traveled to Wyoming and won the Regional Championship. In the Spring they soared through what was arguably the most challenging schedule ever created for a Crater team, finishing the regular season 21-5. They also were the runner-ups at the Fresno Easter Classic, a tournament comprised of numerous nationally-ranked programs. They won the league championship and finished the Oregon season ranked number one in the Coaches Poll and number one in the Power Rankings. But, as Coach Campbell says in the article about the quarterfinal loss, baseball is a funny game. It can change on something as simple as an odd bounce of the ball.

We’ve had some fantastic teams at Crater, including the 2000 and 2007 State Champions, but these ten seniors were not only athletically successful, they have also been a great group of young men, setting a high standard for demonstrating positive character, work ethic, and good nature. Tyler, Paul, Taylor, Ty, Blake, Joey, Zach, Buck, Tanner, and Nolan, it has been a pleasure to have coached you. The entire coaching staff wishes you well in all your future endeavors.